'Tis the season of giving. With Thanksgiving just around the corner, Awesemo is giving you an NFL Express Weekly subscription for ONLY $1 by using promo code MAYFLOWER.That's right. A single dollar — which is less than that crappy cup of coffee you get three times a week. The NFL Express Weekly subscription gets you access to rankings, projections and ownership for EVERY Showdown and Single-Game slate; expert chat, express tools, content and more! The MAYFLOWER offer is valid for new users only and expires on Thursday, Nov. 26.

Reported by Todd Shriber of Casino.org, “shareholders of [the] British bookmaker William Hill voted Thursday in favor of a takeover offer by Caesars Entertainment. The approval comes less than two months after the proposal became public.”

Following an 86% approval rate among board voters, the acquisition is set to finalize at the end of first quarter 2021; the first by “New Caesars”. Shriber states, “the British company also has a history with ‘old Caesars,’ as the latter made a $3.8 billion offer for William Hill in 2019.”

The acquisition will create more of a tsunami than a splash within the sports betting industry, in the very near future (when the deal becomes final) the tandem will be recognized as the largest sportsbook in the United States. The move comes with great timing, the acquisition will further cement Caesars in the mobile-betting niche market. The space is quickly becoming the new norm as more states progress in their strides toward legalization of sports betting services.

Ben Rasa's Bet of the Day

Awesemo's sports betting expert Ben Rasa pours over the day's betting lines and breaks down the best bet of the day for you to build your sports betting card around.

The boost for Caesars in overall standing with mobile betting will come from the inclusion of William Hill’s current ranking as the third-largest mobile betting provider in the U.S. William Hill also stands firmly as the top licensed sportsbook provider by market share in Iowa, Rhode Island, and Nevada.

Following the soon-to-be official completion of the deal, all Caesars Palace properties will maintain the existing branding moniker for their retail sportsbooks services. However, the William Hill name will be utilized at all of Caesars’ other existing sports betting locations.

Furthermore, Shriber asserts the likelihood of Caesars to divest William Hill of their U.K. casino locations (valued between $2 and $4 billion) as their focus has shifted toward their domestic business growth. The decision may also include Caesars’ U.K.-based casino locations as well. 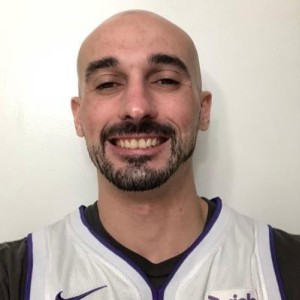 Looks Like Aaron Judge Has Fixed His Iconic Tooth Gap

Max Homa Reveals What It Was Like For Him To Receive A Trophy From His Idol, Tiger Woods